Protecting Organic Crops from the Impacts of Genetic Modification Technology 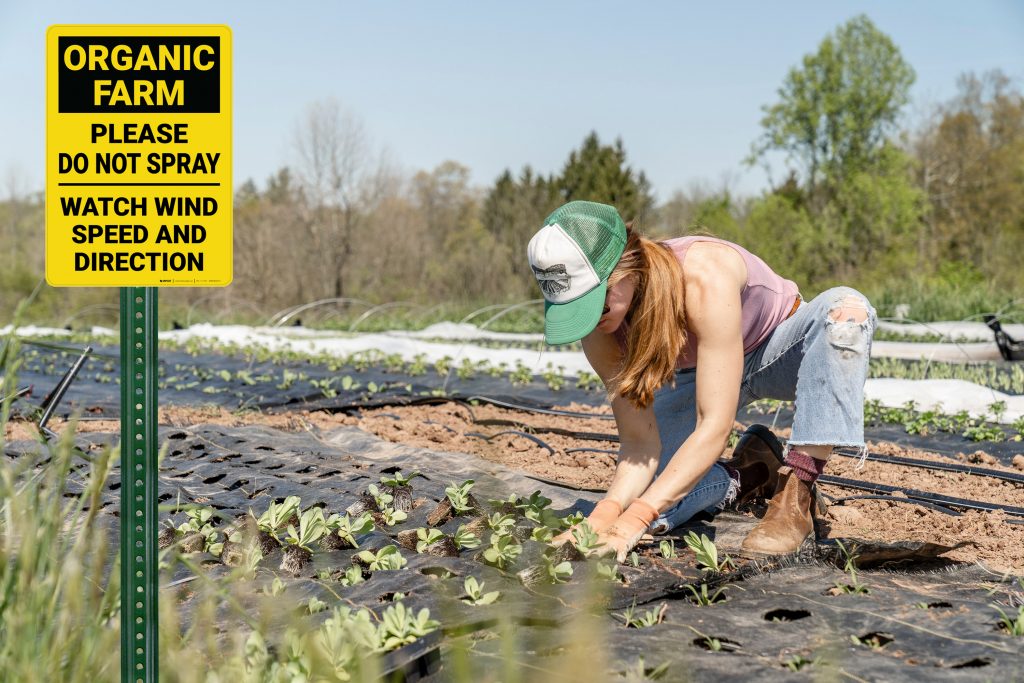 This brief overview provides basic information on how not to jeopardize organic certification or lose markets from inadvertent contamination by genetically modified crops and the synthetic and prohibited materials used in their production. Currently, there are two types of genetically modified crops in the United States: transgenic and cisgenic. Transgenic crops have had genetic material transferred between two unlike species: for example, genetic material from a fish is inserted into a tomato plant. Cisgenic crops, by contrast, have genes that have been “edited” within the same species. This form of genic modification is also referred to as “gene-editing.” For example, the genes of a soybean plant may be edited to change the nutritional qualities of the soybean oil produced.

Because certified organic farmers cannot grow or sell either transgenic or cisgenic modified crops as organic, nor use the synthetic materials often applied to them (pesticide and herbicides), inadvertent contamination can mean loss of domestic and international markets for their products. Many buyers of certified organic crops, particularly international buyers, have a near-zero tolerance for genetically modified crops and for residue of pesticides used in their production.

The certification of organic crops in the United States is a process-oriented approach with a set of rules and a verification system. Actual testing of GMOs or pesticide residue of certified organic crops or livestock is not done as a part of the certification process. However, importers of U.S.-certified organic crops do test for pesticide residues and, at least, transgenic crop contamination. Tests for cisgenic modified crops are possible but have not yet been widely applied (Roseboro, 2018).

The Law and Rules

The National Organic Program (NOP) is housed within the USDA Agricultural Marketing Service (AMS). The NOP enforces the uniform national standards for organically produced products in the United States (see the NOP website). The Organic Foods Production Act (OFPA) of 1990 was the law under which the organic program was created. However, it took until 2002 for OFPA to be fully implemented. There were many issues contested in the development of the NOP, and whether genetically modified crops and livestock were to be allowed in organic production was one such issue. The final regulations addressed genetic modification as an excluded method of production. Specifically, the current regulations include the following provision:

Excluded methods. A variety of methods used to genetically modify organisms or influence their growth and development by means that are not possible under natural conditions or processes and are not considered compatible with organic production. Such methods include cell fusion, microencapsulation and macroencapsulation, and recombinant DNA technology (including gene deletion, gene doubling, introducing a foreign gene, and changing the positions of genes when achieved by recombinant DNA technology). Such methods do not include the use of traditional breeding, conjugation, fermentation, hybridization, in vitro fertilization, or tissue culture (Office of the Federal Register, 2020).

Unfortunately, the NOP regulations are not fully up-to-date in recognizing the newer cisgenic modification methods. However, the controlling clause that disallows methods of genetic manipulation that “are not possible under natural conditions or processes,” suggests that the use of both cisgenic and transgenic crops and livestock in organic production is prohibited.

The Issue of Pesticide Residue on Certified Organic Crops

Under 7 CFR 205.670, any USDA organic product or production input may be tested if there is reason to believe it has come into contact with a prohibited substance or has been produced using excluded methods. Under 7 CFR 205.671, any time residue testing detects prohibited substances that are greater than 5% of the Environment Protection Agency’s (EPA) tolerance for the specific residue detected or residual environmental contamination, that product cannot be sold, labeled, or represented as organically produced. So, contamination by, say, chemical drift, contaminated water, or air could cause the product grown to lose its organic status. Furthermore, all organic certifying agents must annually sample and test at least 5% of the operations they certify.

Current NOP policy, first issued in 2011, is that certified organic producers need to have preventative practices in place to protect from GMO contamination (USDA NOP, 2011). That policy states:

Compliance with the organic standards entails that operations have verifiable practices in place to avoid contact with GMOs. Since organic certification is process-based, presence of detectable GMO residues alone does not necessarily constitute a violation of the regulation. The NOP relies on organic certifiers and producers to determine preventative practices that most effectively avoid contact with GMOs on an organic operation (USD NOP, 2011).

In addressing how to avoid GMO contamination, the NOP states:

Organic producers utilize a variety of methods to avoid contact or the unintentional presence of GMOs including testing seed sources for GMO presence, delayed or early planting to get different flowering times for organic and GMO crops, cooperative agreements with neighbors to avoid planting GMO crops adjacent to organic crops, cutting or mowing alfalfa prior to flowering, posting signs to notify neighboring farmers of the location of organic fields, and thorough cleaning of farm equipment that has been used in non-organic crop production (USDA NOP, 2011).

With respect to the issue of pesticide residue on certified organic crops, the burden of prevention of contamination is also on the organic farmer. As a 2012 USDA Agricultural Marketing Service (AMS) study concludes:

Indirect contamination from neighboring fields, the environment, and shared handling facilities must be minimized, and efforts to eliminate this must be documented in each operation’s organic system plan. Overall, the results [of the report] support additional attention to maintaining the organic integrity of USDA organic products throughout their life cycle (USDA AMS, 2012). 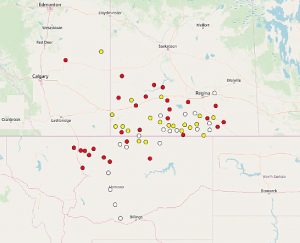 In 2018, a survey of organic wheat farms in Montana and Canada found traces of glyphosate on their grain. Figure 1 shows the incidence and levels of contamination.

Although these levels of contamination may seem low, they were significant enough to disrupt export to European markets, which have very low tolerance for glyphosate residues on certified organic products. The sources of contamination are being investigated. Early results suggest three possibilities: 1) glyphosate drift from non-organic neighbors; 2) long-distance and aerial transport and deposition during the growing season; 3) glyphosate deposited on grains during transport and handling.

Research to date has tentatively suggested that contamination is not occurring during handling and transportation (Bento et al., 2019).

As the researchers in this case note: “Glyphosate (Roundup® and other commercial names) is the most widely-used agricultural herbicide in the world. As of 2014, 3.5 billion pounds of glyphosate have been sprayed in the U.S., and 18.9 billion pounds sprayed worldwide (Benbrook, 2016; Friends of the Earth Europe, 2013; Bento et al., 2019).

Given this significant use, this case shows that even with preventive measures in place, it can be very difficult to avoid contamination of certified organic wheat, particularly at such low, but economically significant, levels of detection.

Certified organic producers need to make an effort to avoid inadvertent contamination of their production. If such efforts are made, then contamination itself is not a cause for loss of certification. Nonetheless, as the glyphosate case study suggests, avoidance can be very difficult. Future research and continued efforts need to be explored so that the sole responsibility of inadvertent contamination will not continue to lead to economic losses for organic farmers growing certified organic crops. Finally, the current lack of understanding regarding the consequences of cisgenic biotechnology on organic production needs greater attention.

Benbrook, C. M. 2016. Trends in glyphosate herbicide use in the United States and globally. Environmental Sciences Europe. Vol. 28, No. 3.

Friends of the Earth Europe. 2013. Human Contamination by Glyphosate.

Roseboro, Ken. 2018. Tests to detect gene-edited GMO traits could be available within a year. Organic and Non-GMO Report. November/December.