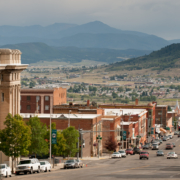 When I lived in Beijing, people would always ask me how the pollution was. I told them two things: the Communist Party planted trees to stop sandstorms from entering the capital. Second, they also moved factories away from the city, yet didn’t shut them down. Despite all this, the Chinese capital still experiences terrible air quality for periods of the year. This past summer I moved home to Minnesota and was amazed to watch everyone taking pictures of the smoky haze drifting east from California, Washington, and Oregon and south from Canada.  While this was new for them, I was reminded of Beijing. A picturesque lake, glazed over with a harsh bite of reality: the wildfire smoke had finally reached the boundary waters of Northern Minnesota. Little did I know that I would soon move to Butte, Montana, the largest EPA superfund site in the United States, where they have been dealing with these environmental issues for decades.

A hundred years ago, at the height of a copper mining boom, Butte was the largest city between Chicago and the West. After most of the mines shut down, Butte’s population plummeted to only a fraction. Now, the community is growing again after decades of environmental restoration.

Butte’s future will be shaped by opportunities and challenges related to climate change. Butte is seen by private industry as a good location for clean energy development with recent proposals to develop solar, green hydrogen, and energy storage systems. However, the community faces climate challenges that threaten to undo much of the environmental work of recent years. Community leaders are eager to understand the challenges and achieve the opportunities by developing a climate adaptation and green energy plan. Thus, our project was born—Resilient Butte.

Butte-Silver Bow County, Montana Technological University, and the National Center for Appropriate Technology (NCAT) are partnering to create a Butte Sustainability and Resilience Plan. Unlike us Minnesotans, Montana has been battling drought and wildfire risk for years—risks that are only getting worse.

One priority is to protect the Basin Creek watershed, the main source of Butte’s drinking water. Vast areas of beetle-killed lodgepole pine in the watershed are at risk of burning in a wildfire, which could fill the reservoir with sediments and plug water treatment filters. Even further, many Butte residents live in old buildings without proper insulation and weatherization, which pose health risks from rising temperatures and wildfire smoke. Those are just a couple issues we want to tackle with this new plan. But our plan isn’t just about the negatives.

Butte has a rich history. It is well-positioned and has the potential to become a fantastic renewable energy hub. Butte industrial products, including silicon gas and copper, are essential for solar energy. In recent years, Butte has been approached by large-array solar and green hydrogen energy developers, but county officials haven’t yet developed land-use plans to accommodate these new uses.  Meanwhile, the county is eyeing infrastructure investments through the U.S. Department of Energy to develop clean energy projects on former mine lands. The Resilient Butte project will provide an economic development guide for the city-county.

With our first steps towards Resilient Butte, we’d like to invite the residents in Butte to participate in a survey that can be found at: ResilientButte.org. We would like to also invite you to connect with Resilient Butte on Facebook and Instagram and at our website Resilient Butte. Get involved and help shape Butte’s climate adaptation and green energy plan! 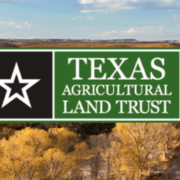 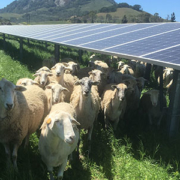 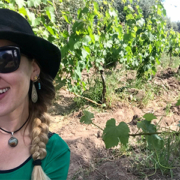 Vineyard Agroforestry: Growing Grapes in the Era of Climate Change 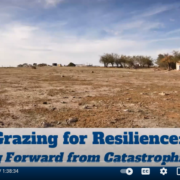 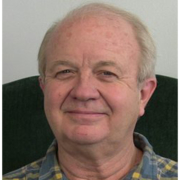 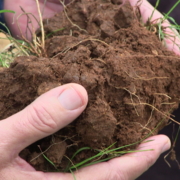 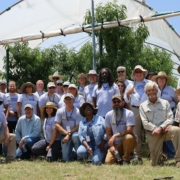 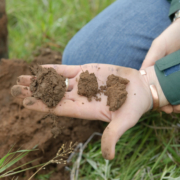 Episode 253. How to Conserve Water at an Urban, Mountain Desert Farm
Scroll to top