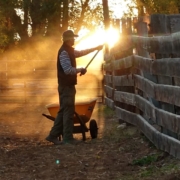 After many different and varied careers, Doug Lair settled into ranching 25 years ago, returning to a legacy started by his great-great grandfather, who passed down a team of mules and the family brand to his great grandfather. I recently had a conversation with Doug about his efforts to create a more holistic system of ranching. Our conversation was especially interesting and timely, given NCAT’s increased project work in regenerative grazing and soil health.

Like others returning to farming or ranching after generations away from it, I got the impression that Doug feels he is returning to his true vocation in life. The 300-acre Lair family ranch lies in a picturesque part of Montana, just east of Big Timber, about a mile from the Yellowstone River, with views of the Crazy Mountains and Beartooth Plateau. 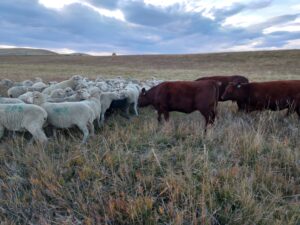 Of the ranch’s 300 acres, 85 acres were irrigated hayfields, with the rest being grazing acres supporting ewes and lambs, cow-calf pairs, and feeder cattle on a grass-fed system, totaling approximately 80 head of cattle and 80 head of sheep. The ranch is mostly irrigated with a combination of pivots, flood irrigation, and hand lines. Until 2018, the hayfields, a combination of alfalfa and grasses, were harvested by a contractor on a cost-share or cash basis, who made the decisions on fertilizer inputs based on a yearly chemistry soil test. In 2018, following Earthfort soil biology tests taken by Regenerative Land Solutions, Doug applied Earthfort pre-biotic and pro-biotic (Provide and Revive) products nearly across the whole ranch as part of the fertilizer program. In 2019 and 2020, he used Provide and Revive only across the ranch, and in 2021 he used a combination of Provide/Revive and a fish emulsion.

The hay fields produced some four to five tons/acre under the fertilizer regimen, but Doug knew something wasn’t right, just as he was becoming increasingly aware of weed resistance to herbicides. Switching to organic fertilizer resulted in little to no reduction in yields. At around this time, he personally switched to a paleo diet and began to realize that by taking care of ranch biology in the same way he did his own health, the stock would be healthier and the overall system more robust. The journey towards a more holistic system began with changing the calving cycle to May/June in 2019, followed by changes to the irrigation system and rotational grazing, which are ongoing.

Following this revelation, Doug went cold turkey in 2019 and stopped using commercial herbicides and fertilizers completely, rather than gradually transitioning away from them. The Earthfort pre-biotic and pro-biotic program continues to be applied yearly across most of the ranch, and in 2021 he applied them through the pivots for the first time, with favorable results. 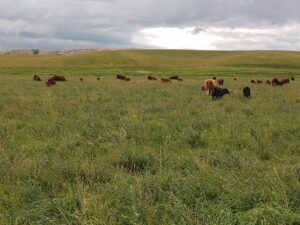 As previously mentioned, one of his first steps was to move the calving date from January/February to May/June with the cows calving on the pasture, which has been a wonderful experience. Lambing was moved to April/May many years before, and though this has put Doug out of sync with the conventional markets and heavier finishing weights, he has not been affected financially due to recent premiums for lighter weights – both for finished beef and lambs. Stocking density will increase as the grass supports higher numbers of stock, and he plans to feed hay starting in late December.

As we talked, it became clear that 2021 was a year of even greater changes. In the spring, another pivot irrigator was installed on high ground, and Doug made the decision to reduce his hay acreage from 85 acres to 50, as he needed the additional pasture moving forward, calculating that the 50 acres remaining in hay production would be enough to feed all the ranch’s stock. Rather than keep 35 acres of surplus hay ground for sale as additional income, he is investing this land into a grazing system he believes in, generating additional income through his stock and avoiding the expense of farming and disturbing the soil and re-seeding that particular field. His commitment to the new grazing system struck me very powerfully.

Also in 2021, Doug embarked on a new grazing plan drawn up by Matt Ricketts of Triple R Bar S Consulting, which he said is one of the single greatest improvements he has made, but it has also created some of the biggest challenges to date as he moves forward. Some of these challenges will be familiar to other ranchers moving into regenerative grazing techniques, such as fencing and the long working hours associated with constantly moving stock. Doug moves his cattle every two to three days, and each paddock was grazed three times this season, with rest periods of 30 to 42 days. The sheep have been more problematic with the electric fencing so far, often ignoring it. He currently only brings the sheep out to graze once the temporary fences are removed. This is a work in progress, but as he gets more familiar and confident with the system, he is considering whether to divide grazing areas with more permanent fencing, which will be a major commitment of time and money. Knowing when to move cattle to a fresh paddock also takes some time to learn intuitively, and Doug advises to “move them half a day before you think you should.” There can still be times when you think you have grazed an area too hard, though. Prairie dogs are also a concern, but he notes that on one 30-acre area, it’s amazing what grows there once they have been cleared out and the ground gets some moisture. 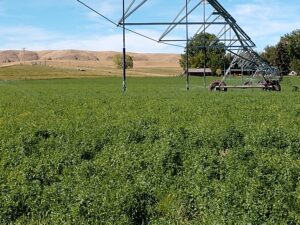 The water infrastructure does not appear to be a major issue for Doug, with a new stock well installed in 2021 and a network of ditches running through the ranch, but this can be another major challenge to ranches and farmers on dryland systems wishing to integrate livestock into their system.

It is possibly too early to see significant weed reductions from the new system (primarily Canada thistle and dandelions), Doug said, but this could improve with reseeding, or more gradually with increased grass production (and, therefore, competition to weeds) and more uniform paddock grazing from higher stocking densities. Ideally, Doug’s efforts to support his soil biology will encourage germination in reseeding and/or give his grasses a competitive advantage over the weeds. Earthfort testing and measurement of soil microbiology could help monitor natural changes in soil condition.

Though water supply is not an issue for Doug because of irrigation, capturing rainfall and retaining water in the soil from natural precipitation still has economic benefits, and so soil moisture monitors are currently being installed under the pivots to measure improvements in water infiltration and soil water-holding capacity.

Note: The mention of specific products, companies, or manufacturers is for educational purposes only and does not constitute endorsement by NCAT, ATTRA, or USDA. 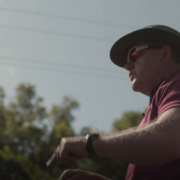 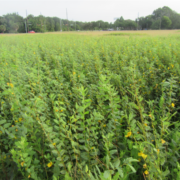 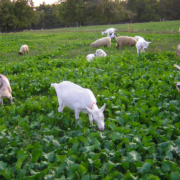 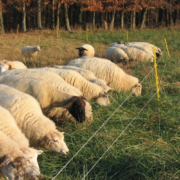 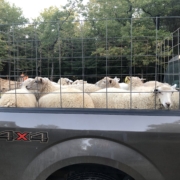 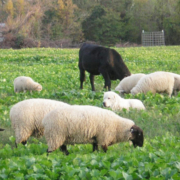 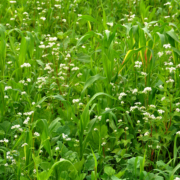 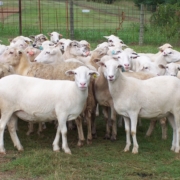