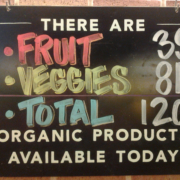 In 2014, my colleagues and I held an evening reception at our office in San Antonio for the members of the National Organic Standards Board (NOSB). We wanted to show our appreciation to these volunteers and organic champions who do the often-thankless job of interpreting and defending the USDA organic standards. I’ve stayed in touch with some of those NOSB members, and in retrospect it now seems like that happy night of food and conversation in San Antonio was a moment of calm before the storm. Because the following year the NOSB revisited the explosive issue of hydroponically-grown crops—ultimately deciding in 2017 (in a bitterly-contested 8 to 7 vote) to allow crops grown in soilless media to be certified organic.

Last month I saw many of my old friends from the NOSB speaking out during the Real Organic Symposium, a month-long, five-part series that was intended to build support for the “Real Organic” label. Launched in 2018, Real Organic is an “add-on label” that requires meeting all the standards of the USDA organic program but goes farther. In particular, hydroponic production and confined animal feeding operations (CAFOs) are explicitly disqualified. In order to feature the Real Organic label, crops must be grown in soil, and animals must be raised on pasture.

Since the NOSB’s 2017 ruling, hydroponic production of organic fruits and vegetables (where plants get most or all of their nutrition from liquid feed) has grown exponentially in the United States. If you buy USDA-certified organic fruits or vegetables in the grocery store today, there’s a good chance that these products were grown in a hydroponic greenhouse, which is not evident from the label.

Hydroponic greenhouses can be certified as organic from the moment they are built, and many of them are large. For example, a hydroponic-organic tomato greenhouse system recently built in Florida covers 20 acres. Critics argue that these systems put ordinary organic farmers at a competitive disadvantage since hydroponic production costs less and doesn’t require a three-year waiting period before certification.

In answer to the criticism that a new label will confuse consumers, Real Organic advocates reply that consumers are already confused. Without trying to replace the trusted and familiar USDA organic label, the “add-on” Real Organic label is meant to give additional information, helping consumers make informed choices. A similar effort along these lines is the new “Regenerative Organic” add-on label from the Rodale Institute, Patagonia, and Dr. Bronner’s. And, of course, there are hundreds of other “eco-labels” out there.

Three takeaways from the symposium:

For me, some of the most thought-provoking moments in the symposium came during presentations by speakers from Europe. The European Union has a goal of certifying 25% of its farmland as organic by 2030 and recently banned the importing of organic hydroponic foods. Denmark—arguably the most pro-organic country in the world—pays organic transition and training costs for farms shifting to organic production and requires 60% of all food served in public kitchens to be certified organic. That percentage is supposed to rise to 90% by 2030.

In our own country, certified organic operations represent less than 1% of our farms and far less than 1% of farm acreage. About a third of organic vegetables, half of organic fruit, half of organic corn, and three quarters of organic soybeans are imported from other countries. When I compare this to what Europe is doing, I’m reminded that organic in the U.S. still has a long way to go to before it realizes the original vision that motivated passage of the Organic Foods Production Act (OFPA) in 1990.

For more information about the Real Organic movement, visit www.realorganicproject.org. 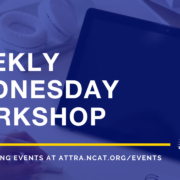 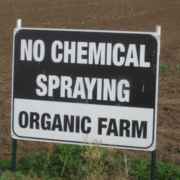