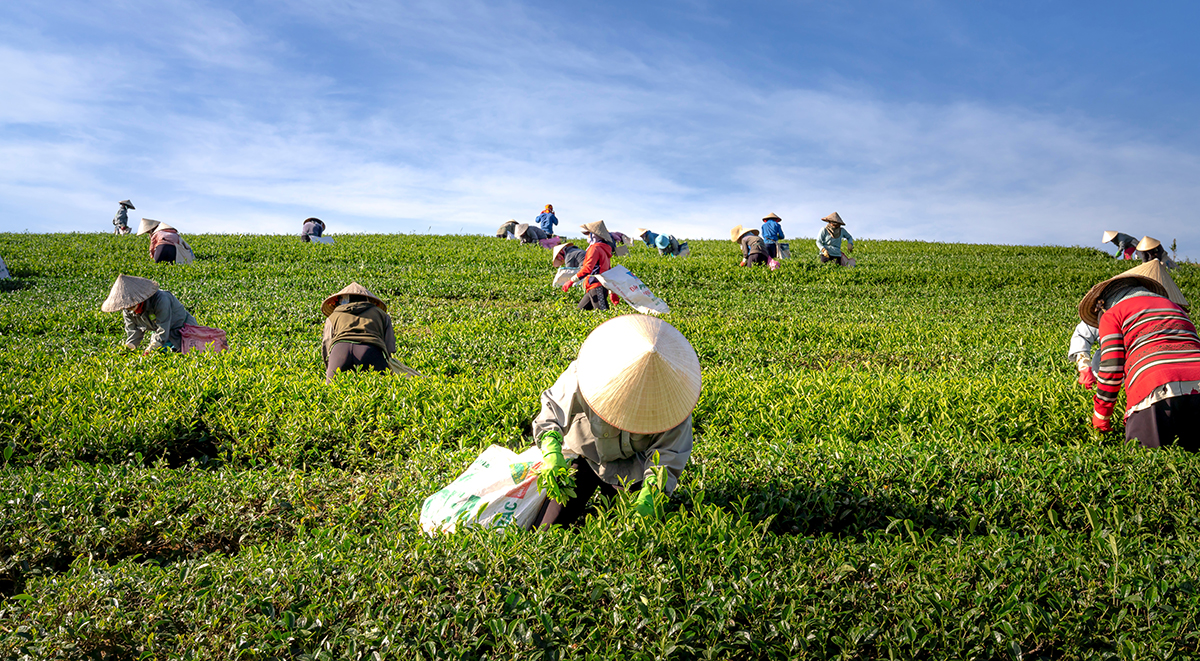 My alarm goes off, the kettle whistles and coffee steeps in the French press. At my desk I boot up my computer to prepare for what comes. Typical day. What’s also typical lately are the numerous articles I read on how the global food system is being stressed by high fuel and fertilizer prices. So today I did a quick search. In 2017, oil prices were $60 per barrel and fertilizer costs were $109 per acre. Fast forward to 2022 and oil is going for $105, and it costs $291 to fertilize an acre of crops.

High input prices have raised the alarm in media and global food system organizations, with daily headlines reading something like “Will the Ukraine war cause unprecedented food shortages?” or “High fuel prices may compromise our ability to feed the world.” Feed the world… I’ve heard that before. Many times. What does that mean? What solutions do they, media or businesses or think tanks, suggest will solve the problem? And who do the purveyors of this feed the world narrative suppose should be producing the “world’s” food?

In the mid-20th century, a new paradigm emerged to address the problem of poverty and hunger when Norman Borlaug began breeding plants to allow them to use synthetic nitrogen to increase yields. The increased productivity prompted him to write, “I now say that the world has the technology – either available or well-advanced in the research pipeline – to feed a population of 10 billion people” (Borlaug, 1997).

Borlaug’s argument is nuanced. Population growth is a function of industrial advances, fossil fuel use, new transportation and communication modes, and plant breeding and chemical use in agriculture goes hand in hand with these developments. Whereas Borlaug and others suggest that without chemicals we do not have enough land to support the growing population, practitioners of diversified farming systems are showing that yields and efficiencies are often much higher for these systems than for monocultures.

The productivity solution, based on specialization and global markets, is focused on delivering sufficient calories to the world’s population (IPES-Food, 2016), though most commodity crops go to biofuels and livestock feeds through the global marketplace, not to the plates of hungry people. Increasing productivity is the answer and global agribusinesses and global markets are in the best position to meet these needs. With this paradigm, the “feed the world narrative” has become the norm.

But focusing on productivity alone leaves out the real reason why hunger and poverty occur. The productivity solution ignores who produces the food and where it is produced (IPES-Food, 2016). Agribusiness maintains the production paradigm by turning small farmers into agribusinesses, which undermines their own agency. In turn, their ability to provide their own dietary sufficiency, to use their own cultural methods, to maintain their community relations, and to realize their political autonomy is seriously compromised. Smallholder farmers cannot afford the inputs needed to remain productivity while growing commodity crops, cannot afford to buy the food imported by corporations, and remain in poverty both economically and culturally as their local community and culture is subsumed by a global market chain.

This is the milieu in which the current food system thrives. It’s the dominant social paradigm that is informed by a fundamental belief in progress, growth, prosperity, technology, and property rights (Beus and Dunlap, 1990). But can a capital-intensive global system reliant on fossil fuels and credit systems provide small farmers and workers autonomy and dietary sufficiency?

I don’t think so. A production orientation, with incremental reforms specifically designed to turn smallholders into businesses that sell commodities into the global market, is destined to fail because it assumes poverty and hunger are the result of smallholders’ exclusion from global markets (IPES-Food, 2016). The problem is… those markets are controlled by global agribusinesses. Without local control, structures that allow the local market to emerge cannot gain traction and the agency of smallholder farmers is minimized. What results is the exclusion of the community from its own local marketplace and locally grown food.

What is the alternative? The best solutions have come from people on the land, and the best idea I know of is agroecology, where small-scale food producers and workers have autonomy, ecosystem sustainability is maintained with complex polycultures, and social and environmental justice is upheld. Miguel Altieri, a professor at UC Berkeley, advocates for autonomous territories that are free of industrial inputs and control via the action of social movements to develop locally adapted polyculture farms and distribution systems (see La Via Campesina). For instance, Cuba, with the advent of small polyculture farms after the 1960 sanctions, has seen high efficiencies in food production. Where the most efficient U.S. monoculture systems have an efficiency of about 1.5 (for 1 unit energy in, you get 1.5 units out), Cuba has realized an efficiency of 30 (Altieri, 2015). This can be world changing. This is also empirical evidence that smallholder polyculture farms can provide sustainable livelihoods and cultural cohesiveness. What’s more, agroecology is scalable. Principles like fostering ecological and crop diversity, installing pollinator and beneficial insect refugia, and committing to community collaboration can benefit large farms and provide more diverse food and maintain thriving rural, and urban, lifeways.

The question is, can agroecology feed large local populations? Can agroecological farms support nearby cities? Theoretically, yes. But can it do so within the current milieu of consumerism, heavy fossil fuel use, and global trade? Our current industrial farming methods grew up with the greater industrialization of the developed nations. Population growth and the drastic decrease in on-farm livelihoods is a result of both, and any agroecological attempt taken today will necessarily not resemble the agriculture of the pre-Green Revolution era. Those days are gone.

So, it makes sense that Borlaug would advocate for a technological solution to feeding the world. The horse has already left the barn. Most people can’t feed themselves and are reliant on a global agri-food system. If we were to shift to an agroecologically-oriented food system, we would need a cultural shift away from fossil fuels, a switch to local and regional production and distribution, and a focus on local/regional and seasonal food consumption.

The “feed the world” mantra cannot be unified with an agroecological perspective. Resilient agroecosystems are integrated, independent, organized on local scales, and must necessarily feed local populations. This is the hard reality we are up against in feeding a growing population, a population that has grown exponentially because of artificial inputs of fossil fuels since the dawn of the industrial age (Pimentel and Pimentel, 2002).

As the global human population has rounded the corner of over 7 billion people, and heads toward 10 billion by 2050, many have claimed that we will need to produce more food on existing agricultural land. This isn’t true. What we need are local, resilient food systems with autonomous farmers. Sustainable food systems need to be resilient and can’t be tied to national and multinational supply chains (Anderson, 2022). To build resilient food systems, we need to invest in policies that promote social equity, local economic prosperity, public health, rural development, and agroecological production methods that minimize ecological disruption (Orentlicher, 2016).

How To Reduce Synthetic Fertilizer Use